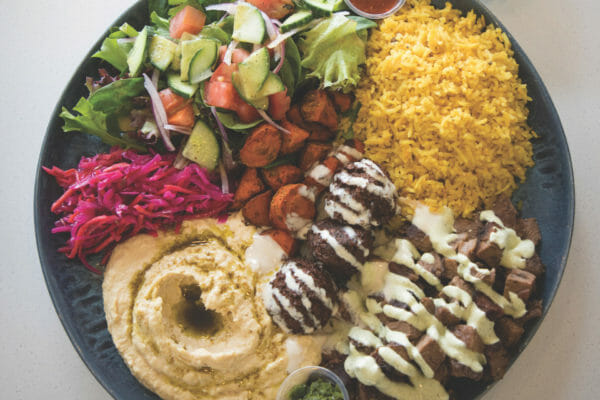 A visit with the restaurant's talented Jason Greenberg

The noun “nosh” is of Yiddish origin and can refer to “a snack or a light meal,” but also acts as a verb, meaning “to eat food enthusiastically.” Either usage applies to Nosh restaurant, which is both a terrific spot for a snack and a great place to enjoy delicious food (enthusiastically, of course).

Enthusiastic also describes Nosh owner and chef Jason Greenberg, a man who loves food and loves talking about it. “I grew up eating a lot of food,” he says, laughing. “I grew up in New York and I was fortunate that my family ate a lot of things — a lot of variety. Living in New York there’s food everywhere, so I was exposed to a lot of different flavors.”

Jason’s love of food would eventually lead him to the restaurant industry. “While I was in college, I started working at the Olive Garden as a server,” he reflects. “I worked there and just fell in love with the culture. I worked my way up to bartender and then moved onto The Cheesecake Factory. After a few years, I realized that I wanted to own a restaurant of my own. And if I was going to own a restaurant, I needed to know how to work all of it — every job. So, I went to culinary school. I didn’t want to tell a chef how to do their job if I didn’t know how to do their job.”

After culinary school, Jason worked at award-winning, renown restaurants such as the original Nobu and Eleven Madison Park in New York City. “And I’ve been cooking ever since,” he says. He has a love for Asian food and even opened a Balinese restaurant in Brooklyn at one point.

Jason moved to Park City about eight years ago and worked in the kitchen at The St. Regis Deer Valley before starting his own Park Silly Sunday Market food stall called PC Pita, which is when “a quest to create the perfect falafel was born.” 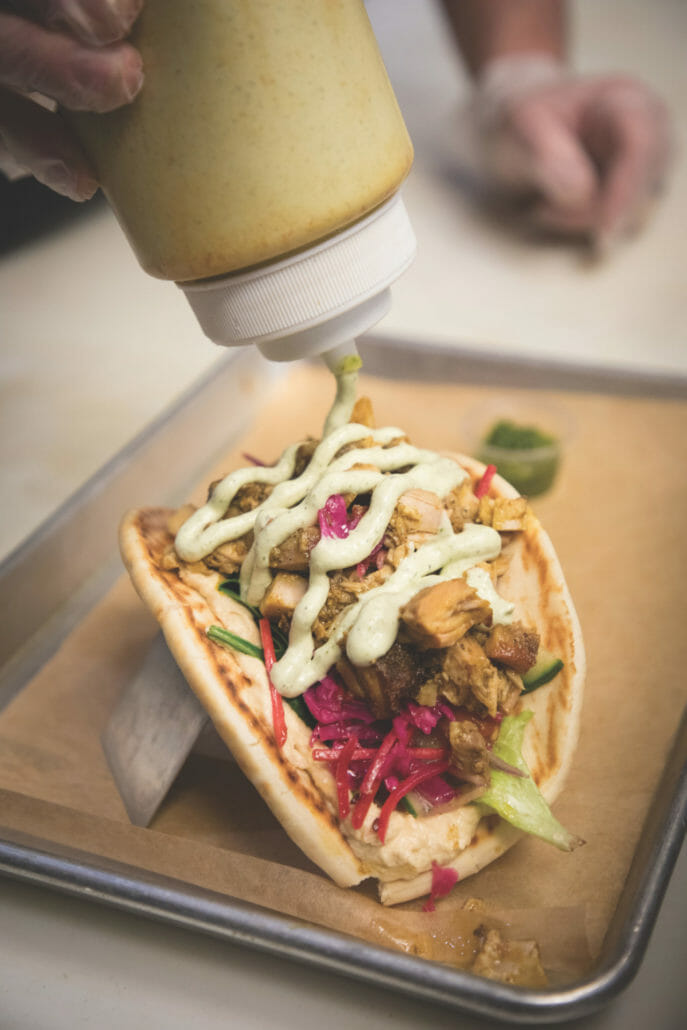 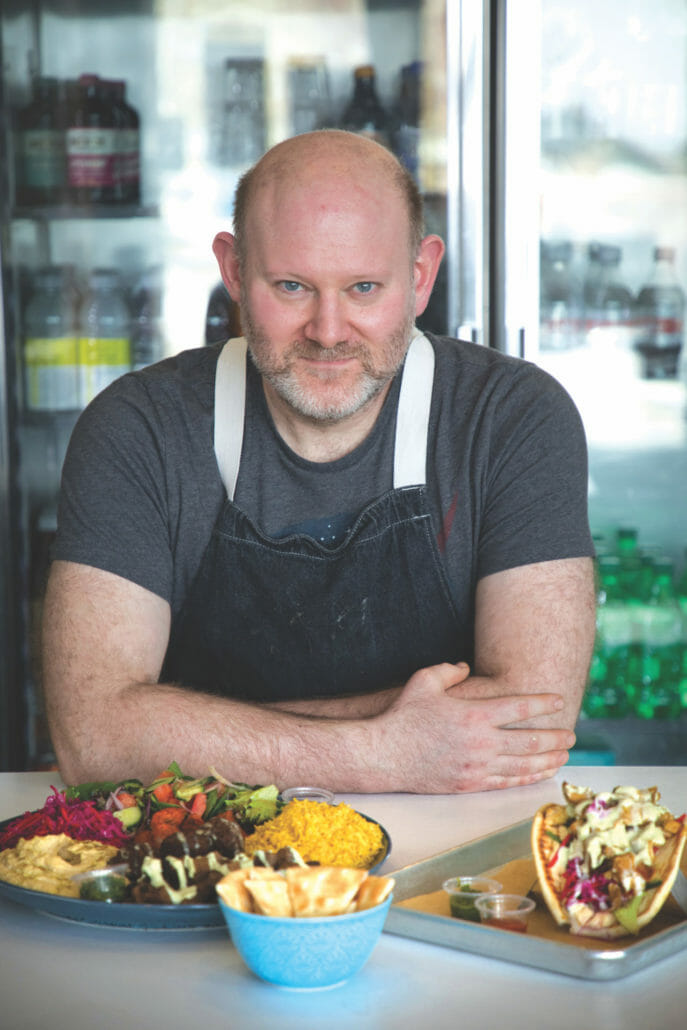 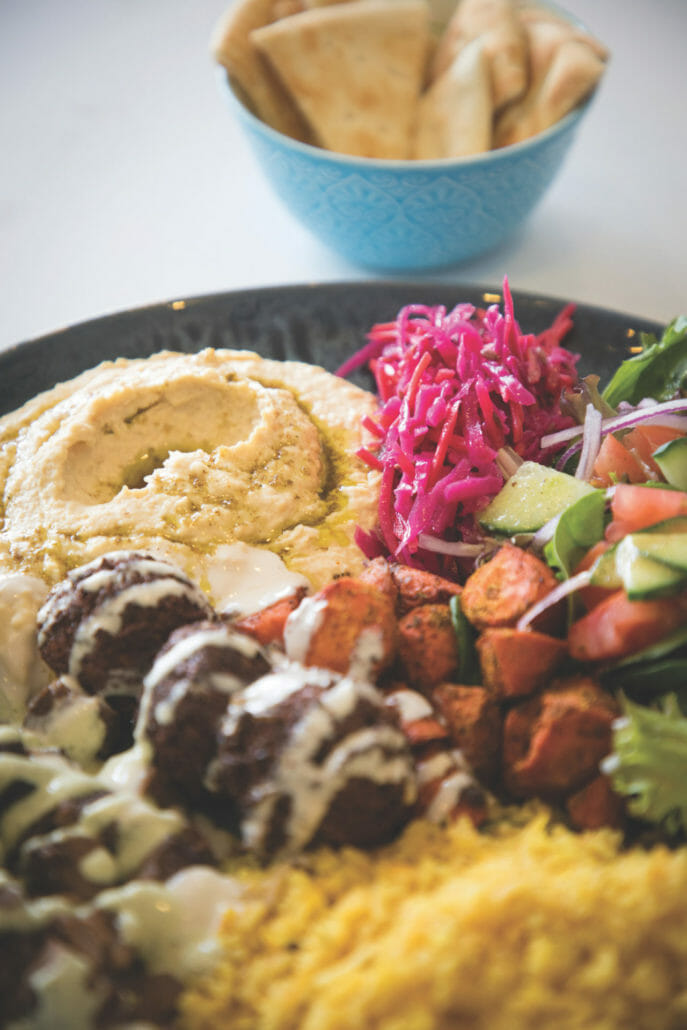 When asked how or why he went from making sushi and fine-dining dishes to the Middle Eastern fare Nosh is known for, Jason says simply, “I moved here and there was no Middle Eastern food. There wasn’t the food I grew up with. I grew up eating falafel and shawarma and stuff like that. I couldn’t find it here, so I learned how to cook it. We found a niche and decided to go for it.”

Timing is everything however, and Jason decided to “go for it” on February 3, 2020 — Nosh’s opening date — just before the pandemic hit Park City. Still, he sees the positive side of that seemingly unlucky timing.

“It was scary … don’t get me wrong. But at the same time, it was good because after we temporarily closed, we started doing family takeout meals and the community discovered us and really supported us. Nosh was so new that we couldn’t qualify for any PPP loans, so we just said, ‘Either we’re going to close or we’re going to make this work, and we made it work!’”

Part of the reason for their success is their dedication to quality food that’s made with fresh ingredients. The food at Nosh meets peoples’ cravings for great Middle Eastern food — all the way in Utah.

“Park City is really geared for ‘fresh and healthy’ and we make everything with fresh ingredients, from scratch, in-house,” Jason says of the cuisine at Nosh. The idea of bringing Middle Eastern food to Park City seems like a good one, as locals and visitors alike flock to Nosh for homemade hummus, matzo ball soup, braised lamb shawarma, Mediterranean mezze, latkes, and of course, fabulous falafel. 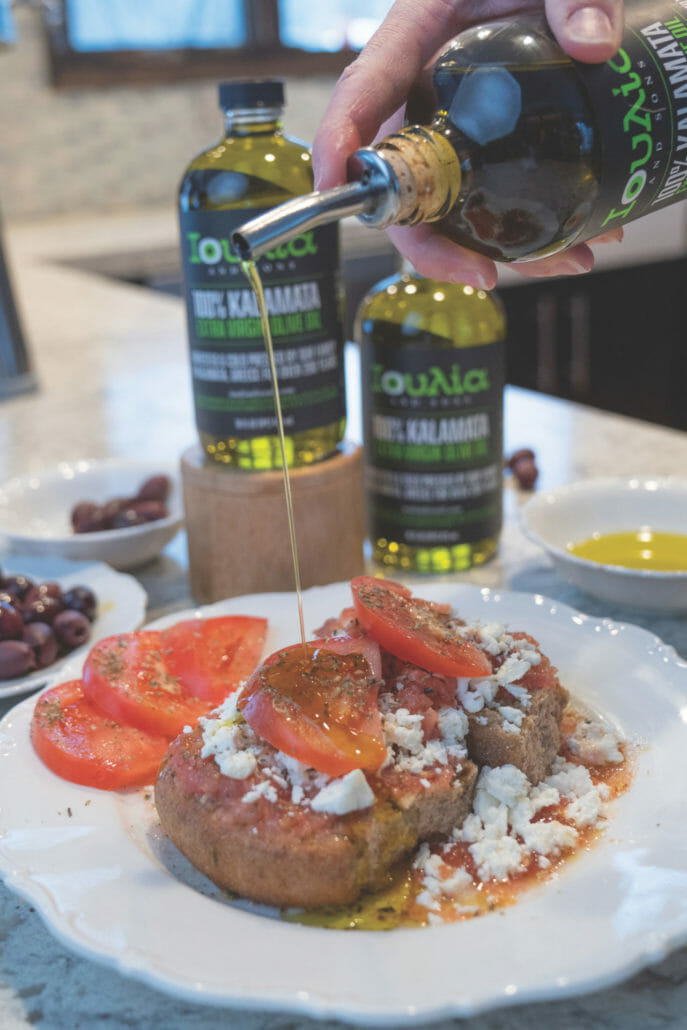