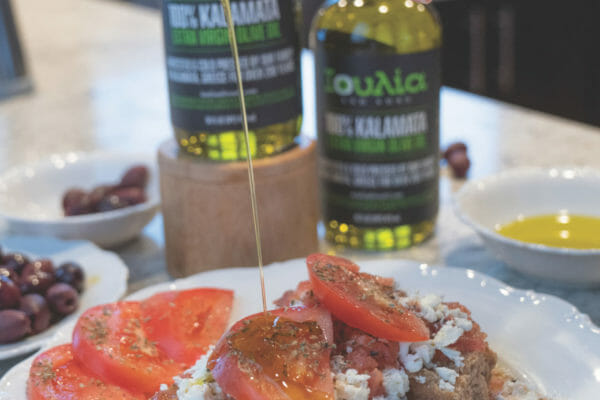 For centuries, the Antonopoulos family has grown olive trees and cultivated oil in Kalamata, Greece

The Antonopoulos family — Stelios, his wife Christina Bhanos, and their 9-year-old twins Electa and Paris — has a heritage that revolves around olive oil. Their company, Ioulia Greek Olive Oil Co., is more than a business; it embodies their family’s culture and adheres to the ancient olive oil practices of Kalamata, Greece. Each drop represents tradition, family, and health.

Kalamata, the region where Stelios’ family cultivates olive oil, has been an olive mecca for millennia. Christina explains the significance of olives in Kalamata: “There is something to be said about the olive tree being indigenous to the land. The trees have been there since even before the time of Homer.”

For centuries, the Antonopoulos family has grown olive trees and cultivated oil on this land. “For over 200 years, Stelios’ ancestors have grown olives and hand-pressed olive oil. Stelios’ family passes on the ancient olive oil cultivation methods from generation to generation … Stelios and his cousins learned from Stelios’ maternal grandfather [Kostantinos Kiskiras],” says Christina.

Ioulia Greek Olive Oil Co.’s namesake is Stelios’ mother, Ioulia Kiskiras Antonopoulos. “She was such the matriarch, and she was so loved,” Christina says of Ioulia. When Ioulia passed away in 2017, Christina’s vision to share the family’s olive oil with her community in Park City began to take form.

“There was an overwhelming message that almost came from her after she passed that said, ‘this is the time to do this.’” With that, Christina decided to launch Ioulia Greek Olive Oil Co. “To honor her and her name. To honor her selflessness, to honor her love for cooking, to honor her gathering around the table with this sacred, medicinal olive oil.”

Behind the success of the brand is a relationship between the Antonopoulos   family in Park City and Dimitris Kiskiras, Ioulia’s nephew and Stelios’ cousin. Across the ocean in Kalamata, Dimitris uses the same method he and Stelios learned from their grandfather, Kostantinos, to produce the oil. 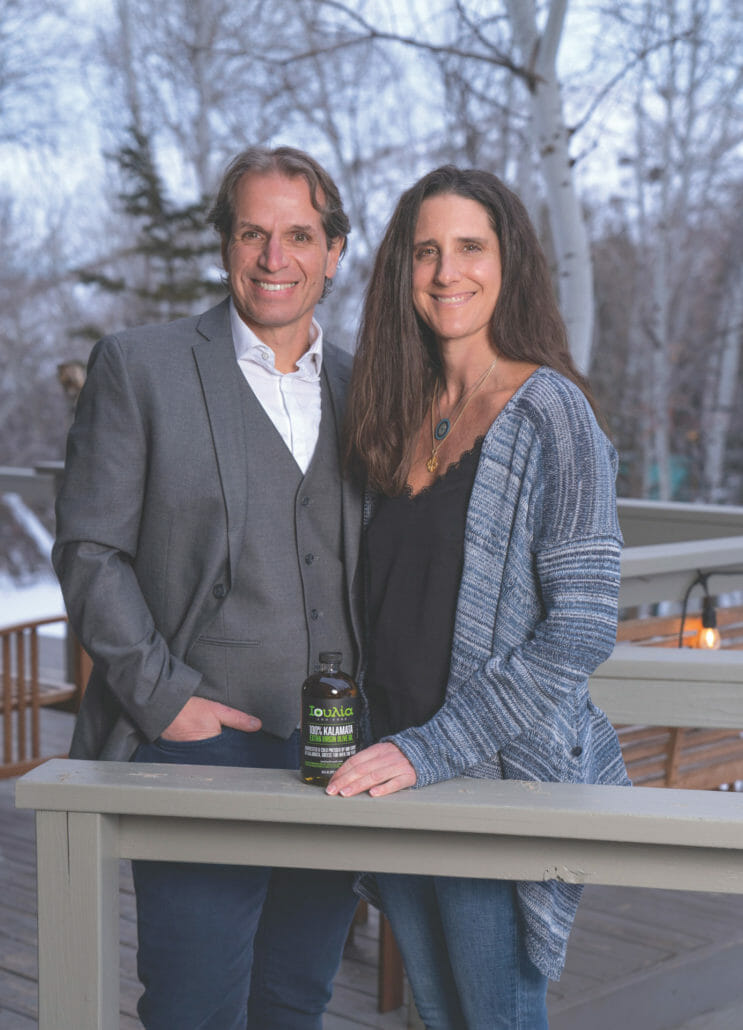 “[Dimitris] is such a steward of the land, he pays attention to each tree,” says Christina, explaining that he harvests the olives by hand and the fruit is cold-pressed the same day. Dimitris and his family enjoy the first ounces of olive oil alongside singing and wine in celebration of the harvest, then, he ships the oil to Park City in 16-liter cans. Once it arrives, Christina hand-pours the oil into bottles and sells them with purpose, delight, and ambition.

“The focus of this is to bring a piece of Greece to Park City … it makes their life and health better,” explains Christina.

Her aspiration to connect and enrich the Park City community with the sacred olive oil of Greece is working. A steady base of committed customers have enthusiastically spread the word, and the oil’s debut at the Park City Farmers Market has resulted in synergetic relationships with like-minded people and companies. Local vendors like the Copper Moose Farm Stand, Ranui Gardens, Samak Smoke House & Country Store, 350 Main, Harvest, and soon, The Market at Park City, champion the product.

All it takes is a single taste of the olive oil to understand the difference. And when you learn about its history, the flavor is only accentuated. The liquid gold found inside Ioulia Greek Olive Oil Co.’s bottles is a true modern-day embodiment of Ioulia’s favorite saying: “Love and health is all you need.” 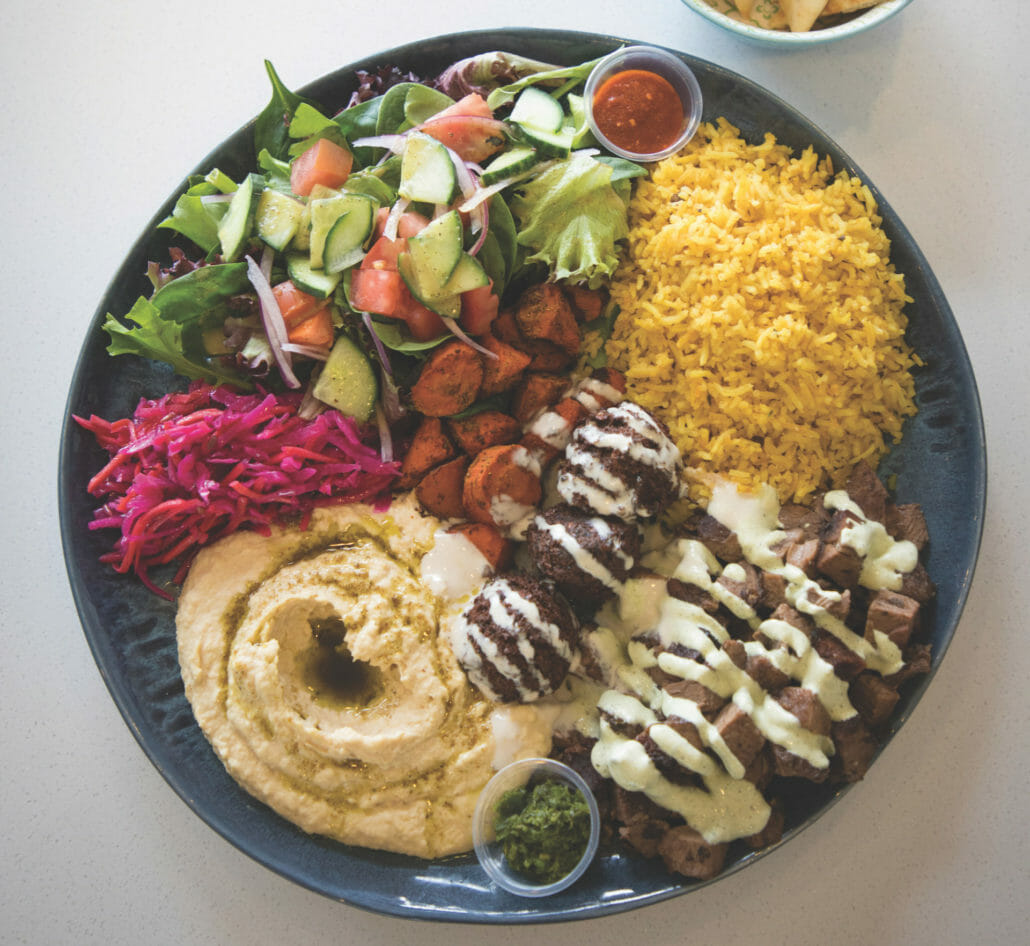