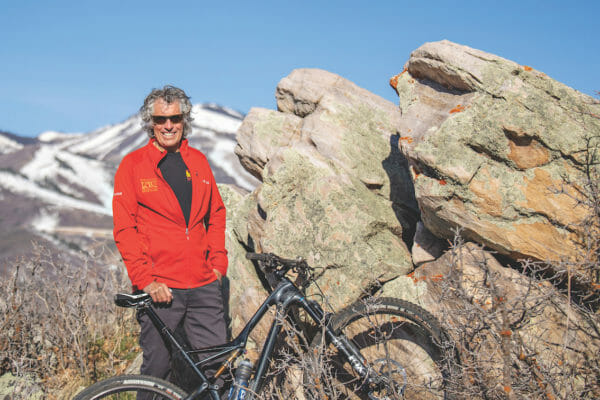 Charlie Sturgis of White Pine Touring looks back on his career

The name Charlie Sturgis is synonymous with outdoor recreation. Part of the reason Park City is the globally recognized mountain playground it is today is because of Charlie’s dedication and leadership.

His community contributions over the last four decades include owning and operating White Pine Touring with his wife, Kathy; cofounding and later running Mountain Trails Foundation; co-authoring Prime Cuts, a mountain bike guidebook series; and serving on the board of the Summit Land Conservancy. And, of course, he is first and foremost, an avid outdoorsman.

Like many Park City residents, Charlie came for the snow. “I skied at Snowbird in 1973, the year after it opened,” Charlie remembers. One ride to the top of the tram on a stormy day cast the magic spell. “I was living with a perfectly wonderful woman, getting straight A’s in business school in Chicago, and I just picked up and left for Utah,” he remembers.

From 1975 to 1985, Charlie lived in Salt Lake City. He graduated from the University of Utah and met Kathy. In 1984, he started commuting to Park City to manage White Pine Touring. “White Pine started in 1972 out of a painter’s truck up White Pine Canyon [The Colony at White Pine Canyon],” he says, recalling a different era. “These guys [the guides] were living in teepees.”

White Pine Touring’s former owners Jim Miller and Steve Erickson asked Charlie and Kathy to buy the business out. Charlie laughs, recalling the 1985 purchase, “Literally all of its [White Pine Touring’s] belongings showed up in the one van they owned.”

Over the next 20 years, Charlie and Kathy grew White Pine Touring into the mountain recreation outfitter and guide operation it is today. Charlie explains that while he often receives recognition for White Pine’s success, it was Kathy who kept the business running.

“I was the front man for the operation,” he says. “Kathy has her MBA from the University of Utah. She was the brains behind White Pine Touring, which would have failed if it were left up to the boys.”

Looking back at his time with White Pine, Charlie feels a sense of satisfaction. “I am totally proud of what we did,” he says. “The cool thing about running White Pine was all the young people we hired. We had really great employees, and Kathy and I really cared about our employees.”

In 2010, seven years after selling White Pine Touring to Jans, Charlie returned to one of his early projects, Mountain Trails Foundation. “Jan Wilking and I started Mountain Trails in 1992,” he says. “I didn’t stay involved on the board because I didn’t think it was appropriate for a bike shop owner to run a bike-oriented nonprofit.”

“Mark Fischer and Scott House came to me about it, and they were the brains behind it. It was a big team effort,” he says. “When Mountain Trails Foundation received the award, I promptly turned around and gave out 22 awards to other people and organizations who made it happen.”

While Mountain Trails Foundation made many significant achievements during Charlie’s 10-year run as executive director, he finds the most pleasure in small community victories. “Some of the things that I’m proud of are the 10 seconds of kindness, water bowls at the trailhead, and lost-and-found baskets,” he says. “The idea of engaging the public are things that drove Mountain Trails to where it is.”

When faced with questions surrounding his legacy, Charlie says, “I’m not the visionary. I’m the doer.”

These days, he’s putting his energy toward figuring out how to secure a high quality of life going forward. “In the short run, it’s critical that Park City, Summit County, and Utah stop spending taxpayer dollars to bring people here. Let’s start spending it on stuff that will support future growth,” he says. “Going forward, we need to keep chasing the important qualities of our lives and keep that in the forefront of the planning matrix.” 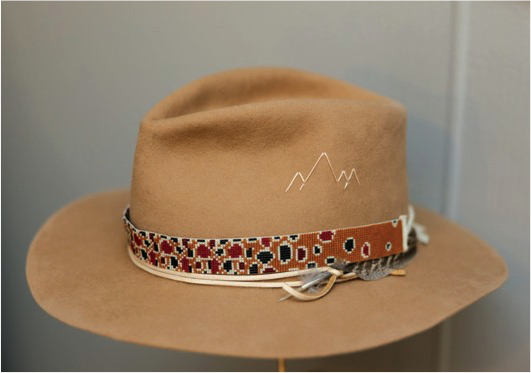 Previous Story: A new take on tradition with JW Bennett

Next Story: Park City resident works to be a positive role model