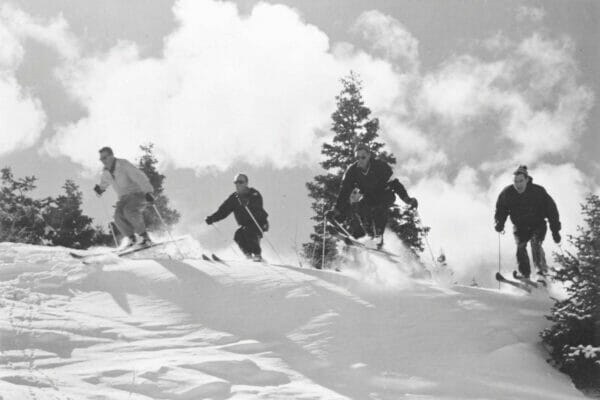 Then & Now: The ski history of Park City

I was in high school in Salt Lake City when Treasure Mountain ski resort opened in Park City in December 1963. I was eager to ski there and ride the “space-age” gondola, then the longest in the country.

In early January, my buddy Mike and I snaked our lengthy wooden downhill skis through the sunroof of my minuscule NSU Prinz, a grossly under-powered German import, and set off for faraway Park City.

We stopped to buy some gas, which cost us about $1 for three gallons. Interstate 80 was still several years away, and most of Route 40 up Parleys Canyon was a two- lane road with precious few places to pass. Near hypothermic (the 26-horsepower, air-cooled, rear-engine car had no heater), we crept up the canyon at 35 miles an hour, hounded by a long line of irate drivers, horns honking, desperate to pass us. Those who managed, gestured at us with gusto.

On arrival, the nascent resort did not disappoint. We purchased our $3.50 day pass, piled into the gondola, and headed up the original Payday ski hill. It was a glorious day.

The opening of Treasure Mountain marked a major milestone in Park City’s ski history, a history that dates back to the mining era. There are reports of Park City miners commuting on primitive skis called “flop-flops” as early as the 1880s, a mode of transportation likely introduced to them by Swedish or Norwegian immigrants. From there, skis and skiers evolved rapidly. When the first local ski tournament was held in February 1923, the Park Record newspaper touted Park City as a “mecca” for winter sports.

In 1934, a Norwegian ski jumper named Alf Engen set a record jump of 281 feet on Ecker Hill, a world-class ski jump near Parleys Summit, and in 1936, Park City hosted its first winter carnival. Over 500 skiers and spectators attended the event, arriving on a special “ski train” from Salt Lake City, a service that continued until 1971, save the World War years.

Throughout the late 1930s and ’40s, more and more Utahns strapped on skis and took to the slopes. They flocked to Snow Park Ski Area when Park City residents Otto Carpenter, an actual carpenter, and Bob Burns, a machinist, joined forces to cobble together a cottage ski resort in 1946. The duo built a ski lift using pine trees for towers and a Ford Model A engine for power. The lift ran on weekends and holidays, and while the men operated the ski lift, their wives sold hamburgers and warm beverages at the concession stand. The resort struggled and eventually closed in 1969. 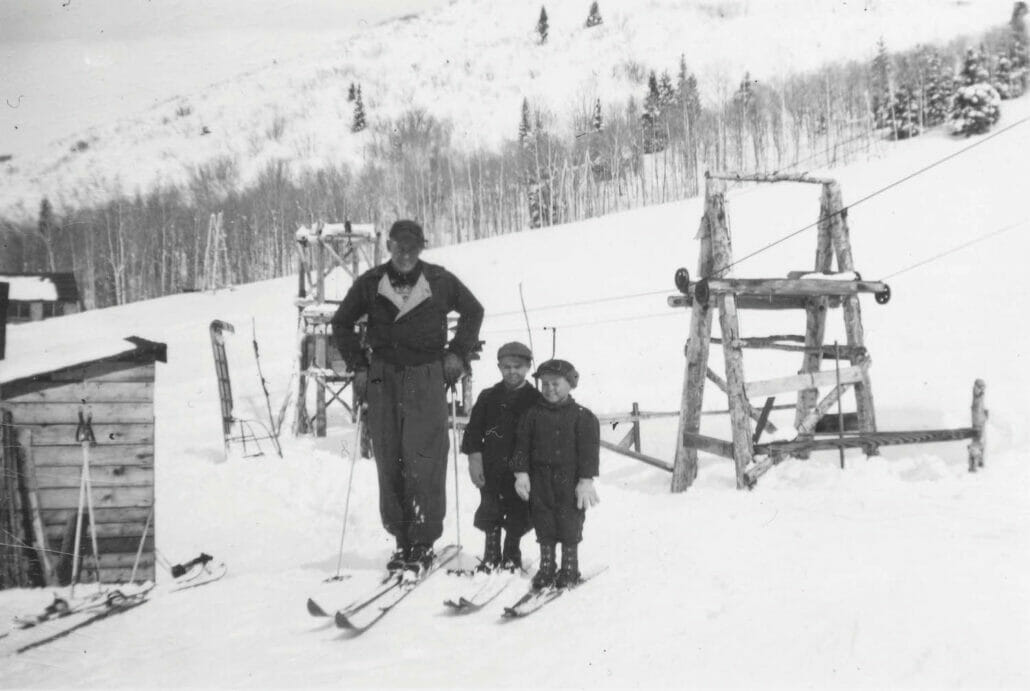 In 1954, Gorgoza Park opened a single chairlift just below Parleys Summit. The run later morphed into a popular hill for snow tubing and is now the site of Woodward Park City.

The Park City ski scene languished until 1962, when the impoverished town partnered with United Park City Mines to garner a $1.2 million dollar loan through the Area Redevelopment Act to build a state-of-the-art ski resort. Treasure Mountain (now Park City Mountain) opened on Dec. 21, 1963, the winter solstice. That memorable day set the stage for the next 60 years of growth for both Park City and the sport of skiing.

In 1968, the Park City West ski area opened to great fanfare in Snyderville. And although some of the slopes didn’t hold snow well, the advent of snowmaking mitigated the problem and established Park City West as an affordable, family friendly resort. The ski area changed its name to Park West in 1975 and, under subsequent ownerships, to Wolf Mountain and The Canyons. Most recently, Vail Resorts bought the ski area and merged it with Park City Mountain.

Deer Valley, the cradle of Park City skiing in the early 20th century, came of age in 1981, when a very different kind of ski resort opened the day after Christmas. Edgar Stern, a legendary ski resort developer, bought Park City Mountain along with a large parcel of land that included Deer Valley in 1968. A decade later, he drew on years of experience in the hospitality industry to create a world-class ski area called Deer Valley Resort. Edgar’s innovative business model combined superior skiing with luxury accommodations and gourmet dining.

Edgar built his resort on the historic Snow Park Ski Area site and opened with five chairlifts, over 30 ski runs, and two elegant lodges. Celebrated Norwegian skier Stein Eriksen, a gold medal winner in the 1952 Winter Olympics, shared Edgar’s vision for Deer Valley and was the face of the resort for over 30 years. The magnificent Stein Eriksen Lodge continues to honor his enduring legacy in the annals of downhill ski racing.

After years of growth, Park City reached the pinnacle of the winter sports world when it helped host the 2002 Winter Olympics. Deer Valley Resort was the venue for the slalom, freestyle moguls, and aerials, while Park City Mountain hosted the giant slalom, snowboarding giant slalom, and snowboarding half-pipe events. The Utah Olympic Park, near historic Park West, encompassed two ski jumps and tracks for bobsled, skeleton, and luge competitions.

Those were heady times for the former mining town. Historic Main Street was closed to traffic and, for a magical few weeks in February, became the crossroads for Olympians and spectators from around the world. Yes, the Jamaican bobsled team was here.

Downhill skiers everywhere took notice when Vail Resorts purchased Park City Mountain in 2014 and, a year later, acquired Canyons, combining the two to become the largest ski and snowboard resort in the United States. Vail Resorts invested $50 million to build a high-speed gondola connecting the two areas and other high-capacity lifts. Sprawling over 7,300 acres with 43 lifts, the giant resort offers over 330 ski runs, several terrain parks, and a super pipe. Vail Resort’s wildly popular Epic Pass, still less than $900 at writing, offers a full season of unlimited skiing and snowboarding at Park City and dozens of other ski resorts around the world.

In the 60 years following the opening of Treasure Mountain, the Park City ski scene has grown exponentially. Vail Resorts’ acquisition of Park City Mountain and Canyons breathed new life into the area, but not without problems. And the advent of the Epic and Ikon Passes have attracted an influx of downhill skiers. The latest bout of growth, combined with the pandemic, has created major staffing shortages which have compromised customer service and limited ski run access. And looming over it all, is the inexorable onslaught of climate change, which threatens the entire ski industry.

Today, Park City and the sport of skiing sit at a crossroad — reflecting on their rich and colorful history while facing a future that holds both promise and uncertainly. Will Park City rise to the challenge? If past is prelude, the odds are good. And one thing is for sure — this town’s past has been a blast! 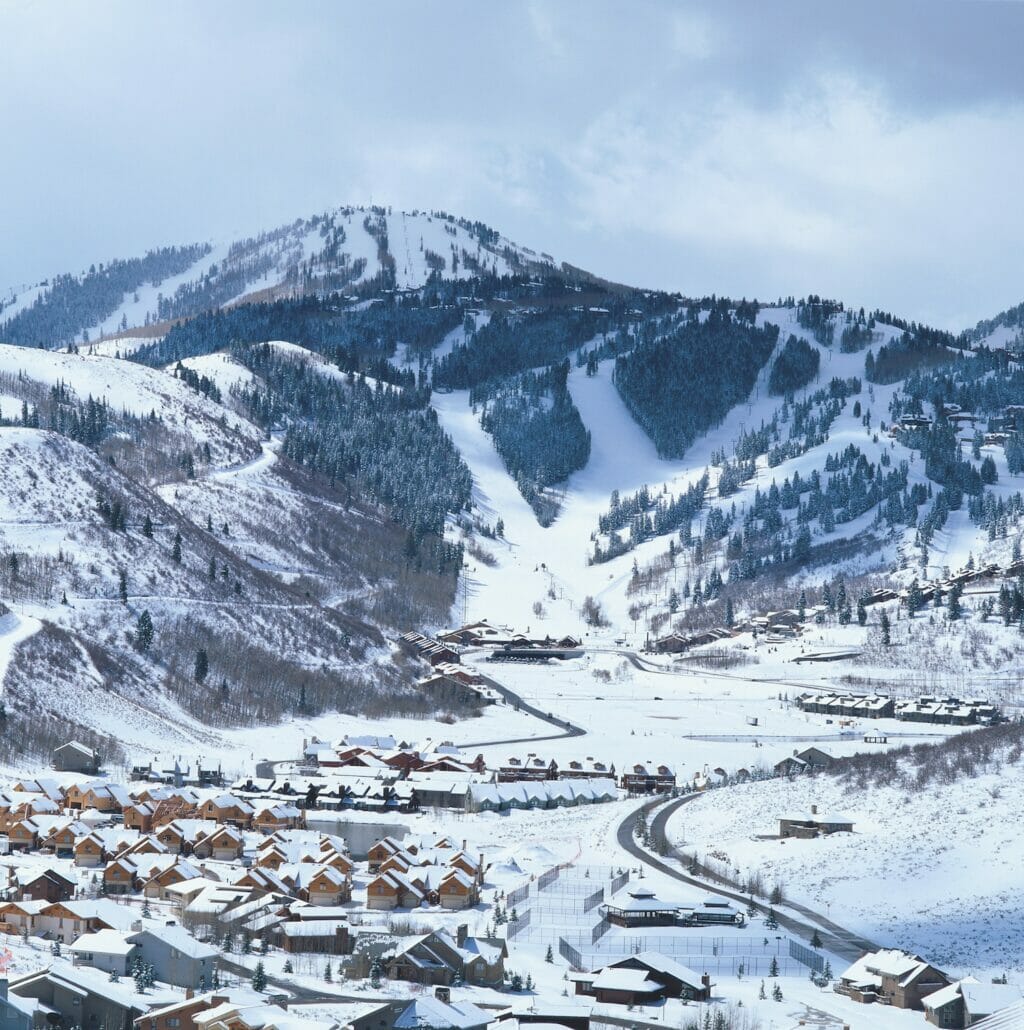 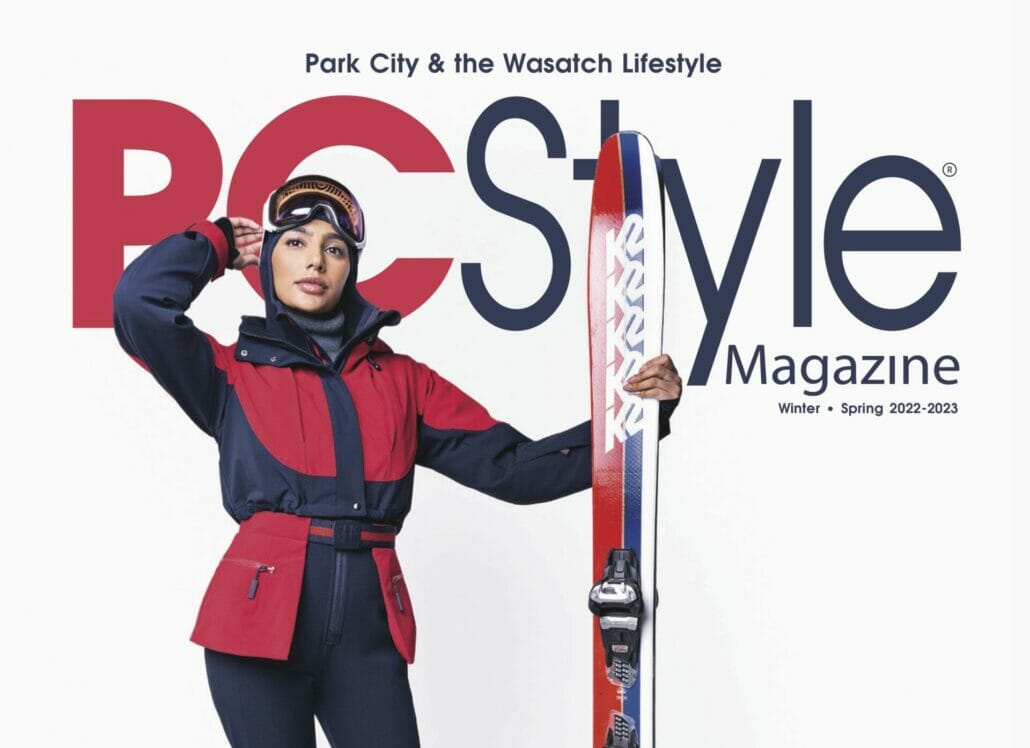 Previous Story: About the Cover: Winter 22-23 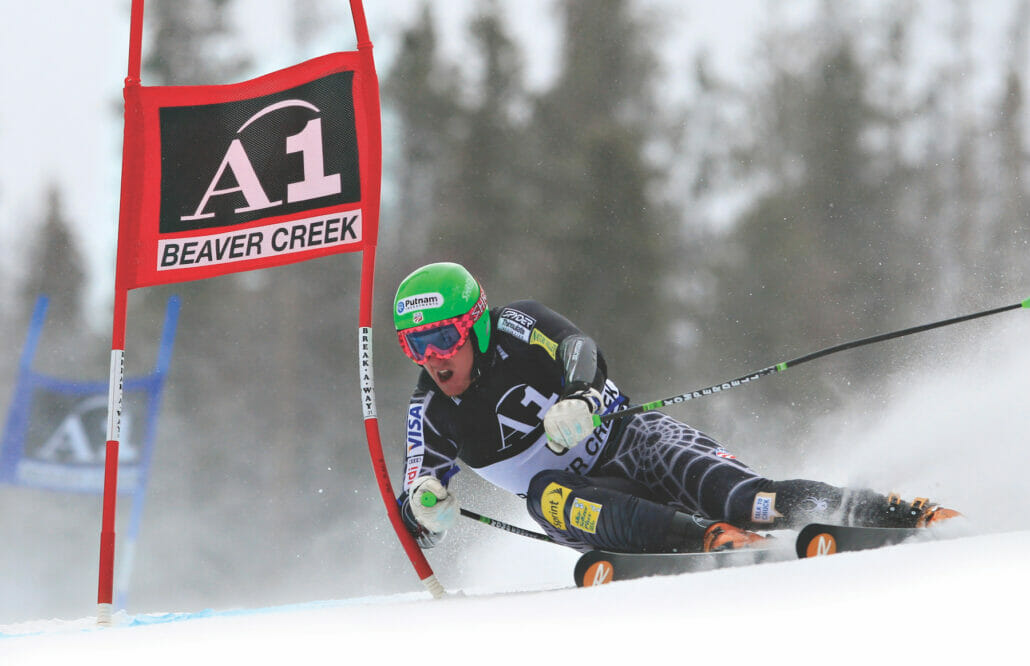