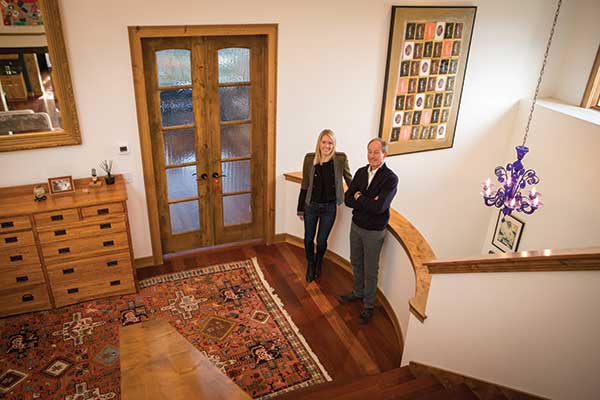 At first glance, they might seem like an unlikely duo. Abbi Lathrop Martz is in her late-30s, while Bill Ligety is nearly twice her age. During our interview, Abbi leans forward in her chair, somehow making me feel like an old friend (even on Zoom), while Bill has a calm, measured presence — jumping in with a grin to poke fun at his mission to put Park City on the map in the ‘80s.

They’re a full generation apart — and in fact, Abbi used to be Bill’s son’s housemate (twice) — but they have a whole lot in common. They both moved to Park City from the East Coast (Abbi in 2005; Bill in 1979) and each have two kids. They both sport a next-level work ethic and passion that’s apparent within moments of meeting them. And they share a wall at Summit Sotheby’s International Realty, where they’re dedicated partners in real estate.

“Because we’re from two different generations, we look at things in different ways. Abbi has a tremendously good eye for what photographs well and what people are looking for stylistically in a house,” explains Bill. Meanwhile, Abbi says, “Bill knows every house and every homeowner on every
street …and the past three owners too. A lot of the sellers are closer Bill’s age and the buyers tend to be more in my age demographic. Together, we’re able to anticipate what appeals to buyers and relate well to sellers.”

Bill landed in Park City by way of Salt Lake City, and before that, Connecticut. He traded city planning for real estate and raised two sons with his wife, Cyndi Sharp. Over the years, he’s helped hundreds of people buy and sell homes in the area. They’ve become his friends and travel buddies, and in many cases, he’s worked with families across multiple generations.

“I just completed a final walkthrough of the 29th property that I’ve helped a certain family with since 1988,” he laughs. “I even helped both of their daughters and their husbands buy their first houses. It’s really fun and a privilege having these long-term relationships where you’ve helped the parents and the kids and all of their friends. That’s really what it’s about for me, those relationships.”

Abbi may not have the same time-developed rolodex, but she has a level of experience that’s hard to find in someone her age. Early on in her career she worked for a team of agents that involved her in important decision-making conversations, analysis, and strategy for Deer Valley condominium developers. Abbi was also charged with managing a large number of clients and transactions each year, proving her competence and strong work ethic.

Bill explains that these qualities stemmed from Abbi’s career as a competitive skier; a path that requires dedication and hard work. Before she became a real estate agent, Abbi was the NCAA Division 1 National Alpine Skiing Champion and a six-time All-American athlete. During college, the New Hampshire native came to Park City for a real estate internship and ended up renting a house in Old Town with Bill’s son, Ted. The two shared a common interest in skiing (Ted went on to become a two-time Olympic gold medalist) and Abbi’s husband, John Martz, is
one of Ted’s closest childhood friends.

Bill knew of Abbi, of course, and that summer they crossed paths at an open house. Once Abbi moved to Park City for good, the professional run-ins continued. “[Abbi] was working for some agents at the same company where I was working. We were able to see how each other worked over a long period of time,” remembers Bill. They were both attracted to the Summit Sotheby’s International Realty brand and ended up independently joining the team around six years ago. 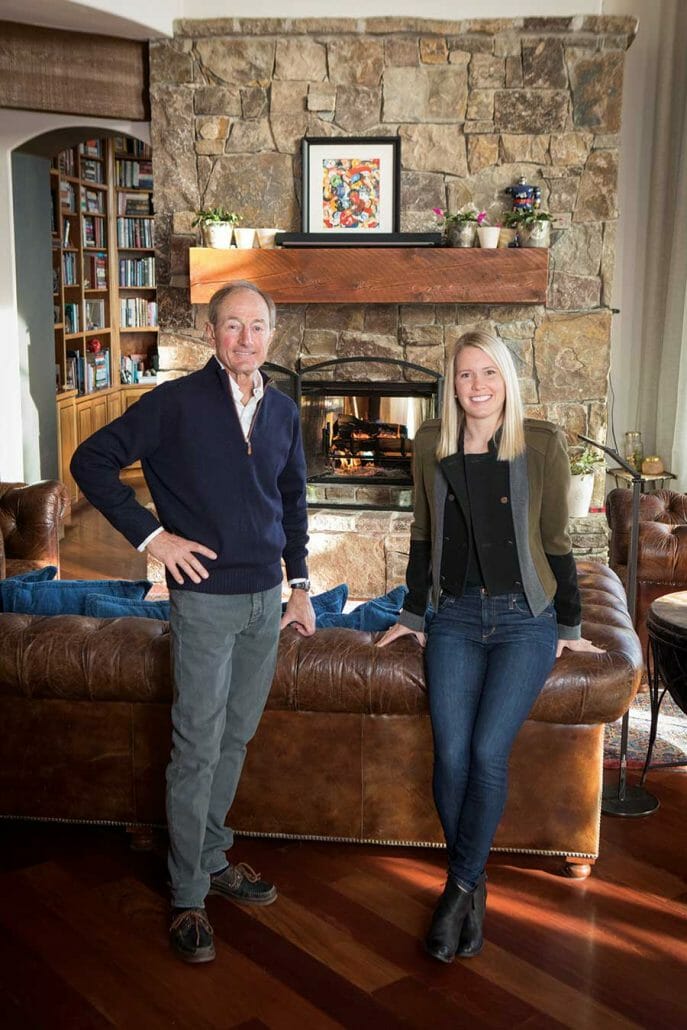 “The first transaction we did together as partners was a condo at the base of Park City ski area, and the seller was one of the first people I did business with in 1986,” says Bill. “It was fun introducing Abbi to that family, and at that point, their daughter, who was about Abbi’s age, was the one selling it.” Abbi showed Bill how to take staging to the next level and generated three great offers over the asking price. “I quickly realized that she could be a good complement to what I was doing on many other fronts,” laughs Bill.

That was in 2018. This winter, they’ll be celebrating their third anniversary as partners in real estate. They can both “explain exactly how to navigate the ski slopes on only green runs for beginners or double black diamonds for expert skiers. We know the city’s nearly 400 miles of trails — whether by bikes, skis, or by foot,” says Abbi, who notes that living in Park City and working on Main Street allows them to really know what’s happening within the community.

And knowing the community intimately is important, because Abbi and Bill are in the business of matchmaking — finding spaces that fulfill a buyer’s needs while helping sellers make their homes appeal to a wide range of buyers. “We’re really out-of-the-box thinkers,” says Abbi. “We try to see the spaces for what they could be, and if needed, reconfigure furnishings to enable a buyer to imagine themselves or their family living there. At the end of the day it’s about how many buyers are interested in the property.”

Not long after the pandemic hit, the partners were approached by a client who had tried and failed to sell their house for over a year. After some time spent staging and rebranding the home, Abbi and Bill brought the property to market — at the height of COVID-19 — and had more showings in a month than the house had seen in the last year and a half. The team secured an offer a month later.

Theirs is a true example of mountain town ingenuity — a marriage of strengths found in what may appear, on the surface, to be an unusual partnership. And their out-of-the-box approach is working. Just ask their archive of happy clients. 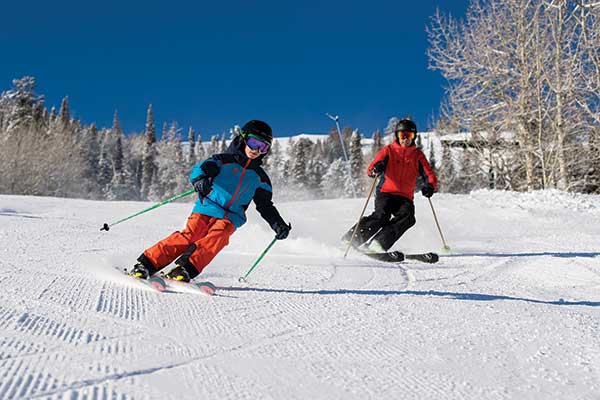 Previous Story: Man with a Plan

Next Story: The Home Seller & Buyers’ Connection to Main Street