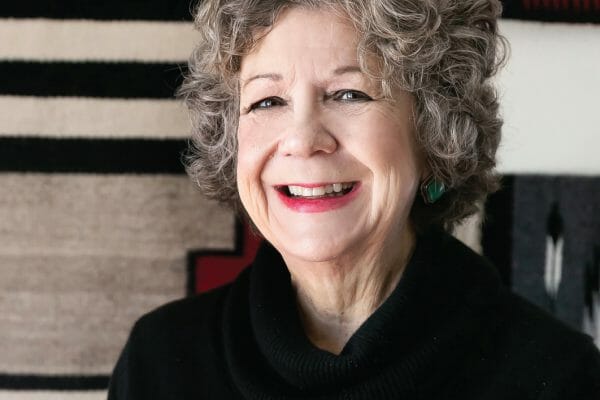 It all starts with a story

Teri Orr arrived in Park City in 1979, but unlike many Parkites, she wasn’t lured by the mountains or lifestyle; she came to find refuge after divorcing her abusive husband. “We didn’t really have the language in the ’70’s for domestic violence, but looking back, I was in a domestically violent relationship,”she explains.

Orr and her two young children left their home near Lake Tahoe and arrived in Park City with one contact and a plan to stay six months. She got a job folding sweaters at a ski shop and eventually started writing a column for The Park Record for $10 a month. Eventually, she was promoted to editor and real-ized Park City was a great place to raise kids. Six months turned into 40 years.

Orr explains that Park City is “kind of like cosmic Velcro in that people come here and attach” and that living here “feels like you’re on a vacation in your hometown.”

When Orr–then a reporter–heard that the historic Egyptian Theatre had been purchased by Randy and Debbi Fields of Mrs. Fields Bakeries and was slated to become condos, she went to the Fields and asked what it would take to save and refurbish the theatre. Their answer: raise $50,000 in the next six weeks.

“[This] was mission impossible in the ‘80s because there wasn’t much going on or much money. I just went around and asked people,” Orr remembers, eventually securing $48,000. The Fields, impressed, graciously accepted Orr’s proposition, gifting another $300,000 to renovate the building and restore the Egyptian.

Orr’s involvement in saving the Egyptian was a precursor to her next big gig: Raising money for the yet-to-be-built George S. and Dolores Doré Eccles Center for the Performing Arts. It was a task that eventually resulted in her current role as executive director of Park City Institute, the nonprofit that programs the Eccles Center and summer’s St. Regis Big Stars, Bright Nights con-cert series.

Orr views Park City Institute’s role in the community as one that ignites conversation. Not only do they bring big names and beautiful performances to the stage, but many shows dig into topics like suicide, climate change, and the LGBTQ community. Orr’s vision is to use the arts to tell a story that initiates conversation off the stage.

Like her own story of domestic violence, Orr knows that art has the power to spark tough, but important conversations. “We have a stage and a platform, where timely, complicated conversations can be initiated in a safe atmosphere,” she says. “We want to make sure that we keep talking about social justice issues in our community.”

“WE WANT TO MAKE SURE THAT WE KEEP TALKING ABOUT SOCIAL JUSTICE ISSUES IN OUR COMMUNITY.”
- TERI 0RR
Read More

Next Story: The Entrepreneurial Spirit